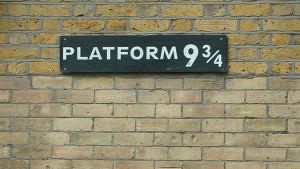 Waiting in line at the Scotiabank Theatre in downtown Toronto to see the latest (and final) film from the Harry Potter franchise, I was dumbfounded by the number of, well…adults in line to see the summer blockbuster. Granted, I was waiting for the 9:30 PM showing, and you never see too many kids downtown, but the turnout of the more, shall we say, experienced audience confirmed something I’d already known: Harry Potter isn’t just for kids.

Billionaire author J.K. Rowling can attest to that—she said she just wrote about characters she would want to read about; it was her publishing company that marketed her work to children. While in no way am I suggesting she’s a modern day Shakespeare like some fanatics claim, I shall say that the series is a fully realized work, highly imaginative and brimming with lessons for children to learn and for adults to revisit. Given that, and before I write about the film, I highly recommend reading the books prior to seeing the movies, as is usually the case. The books are gripping, funny, full of plot twists and, probably most importantly, concerning the lives of authentic and relatable characters. This is a story where adults err along with the children, where prejudices are passed down with generations, where the idealism of the young is the saving grace when it seems all hope is lost. There is something special, yes, even magical, about these books—there’s a pace to them that makes reading so enjoyable—you don’t want your eyes to leave the page! Just like any book-to-movie adaptation, the Harry Potter films are shallow when compared with their source. If you can, encourage your kids to read the books before seeing the movies, or better yet, read it to them!

As for Harry Potter and the Deathly Hallows Part II the movie—it’s definitely not for small children. I have a seven year-old brother, and it would have terrified him! I wouldn’t recommend it personally for children under 11, but I suppose every child is different. For a comprehensive guide on the appropriate age for both the Harry Potter books and movies, see this article.

The film itself is excellent—by far the best of the lot. Daniel Radcliffe, Rupert Grint and Emma Watson return as Harry, Ron and

Hermione for the final time, and they all do a spectacular job, particularly Radcliffe. Having watched him grow up literally right before my eyes, the pride I felt upon seeing his earnest performance and how much he has grown in his craft, felt like a parent’s.

Backed again by a sublime supporting cast of British actors including Maggie Smith, Alan Rickman, Ralph Fiennes, Helena Bonham-Carter and Michael Gambon, among others, the standout performances of the film belong to Radcliffe, Smith, Rickman and Fiennes. As Professor McGonagall, Smith’s line “It’s good to see you, Potter,” was delivered with such skill it simultaneously broke the tension and my heart. Rickman, as Professor Snape, has always been a reason to watch the Potter movies, with his silky diction and nearly-vacant stare acting as blinders over his true motives. Rickman outdoes his other performances with this one; as for whether or not his character is evil, let’s just say he’ll keep you guessing until the very end. Ralph Fiennes plays Lord Voldemort with consummate skill, emphasizing the part of him that is still somewhat human, which oddly makes him almost pitiful, and certainly more frightening–I wouldn’t be surprised if this portrayal ends up on ‘Greatest Film Villain’ lists in the future.

The set pieces and visual effects were top-notch, the music beautiful and haunting and the story mostly true to the book.

My only gripe, and it’s a big one, is that the significance of the Deathly Hallows (The Elder Wand, the Invisibility Cloak and the Resurrection Stone: whoever possesses all three becomes the Master of Death) was missed. The film was the shortest of the entire series at only 2 hours and 10 minutes and missing this very important, titular element.

The Harry Potter story is largely about life and death and about how one bad wizard feared death so much that he ruthlessly inverted the laws of magic in order to live forever. Opposing him was a wizard who would die to save the people he loved, just as his parents had for him. Which one is Death’s Master? The movie, preoccupied with big bangs and explosions, never touched on that, so if you want to know, you’ll have to read the books.